These are the grounds of the Universal Brotherhood and Theosophical Society headquarters in Point Loma, California. The residents sometimes referred to the site as "Lomaland."
The following photographs include Katherine Tingley, a picture of three buildings on the UBTS site, the dedication of the cornerstone at the inauguration of the School for the Revival of the Lost Mysteries of Antiquity (SRLMA) that took place at Point Loma, and a group of Cuban students of the UBTS Raja Yoga School celebrating Cuban Independence Day. Also included is a current photographs of the foundation stone of the SRLMA, which is now located in Altadena, California, and a current photograph of the Spaulding residence, which is the only remaining UBTS residential building. 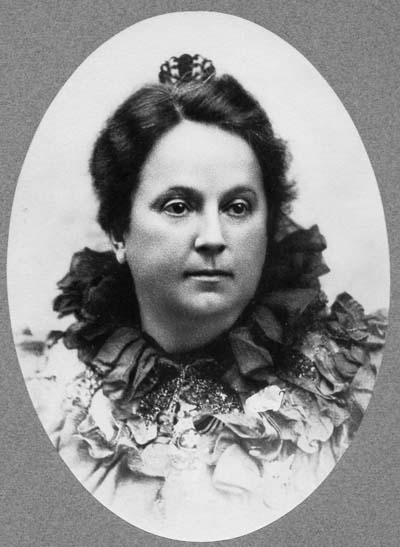 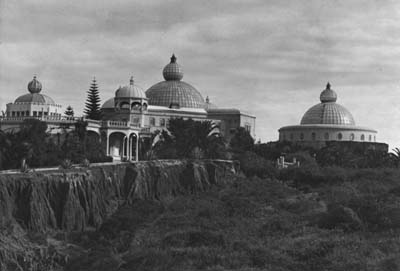 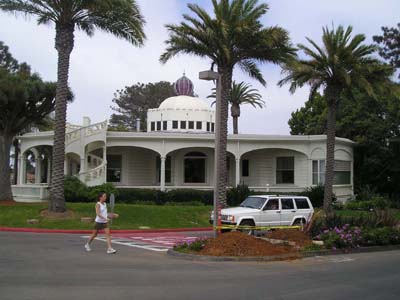 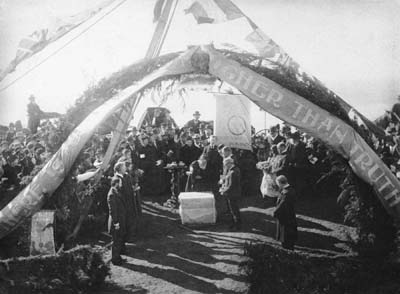 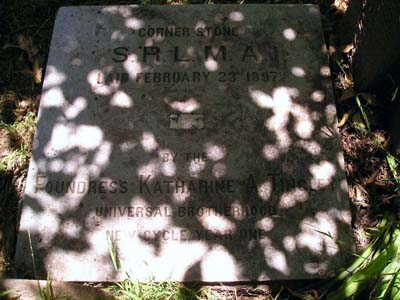 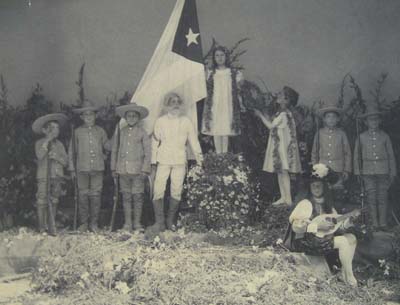